This installation is an investigation of the relationship between the work and its environment, as well as the relationships and contrasts between the material and the imagery.  I am interested in how the playfulness of the clouds, which evoke the simplicity and carefreeness of childhood drawings, interacts with the delicate quality of the thread, and the sharper, more hostile quality of the needles and pins.  I am also interested in how clouds themselves interact – how do the clouds that are raining relate to the ones that are not, and do they communicate different moods and invite different interpretations? This installation was originally located on two opposing walls just inside the entrance to a building, a transitional space between the inside and outside environments where individuals leaving or entering the building would be momentarily surrounded by the installation.  The draft from the opening and closing of the doors and the breeze from interior fans would animate the rain falling from the clouds, adding a dimension of movement to the work and enabling the imaginary weather on the wall to interact with both the interior environment and the actual weather outside.   It was also installed at the 2014 Shelley Peterson Student Art Exhibition at the University of Toronto Art Centre, as well as the 2014 Trinity Art Show.  This work will be an ongoing project, as I would like to explore how its function, meaning, mood, and possible interpretations would change in a variety of settings. 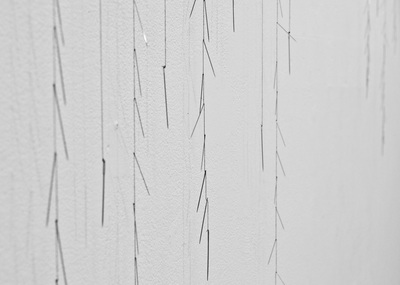 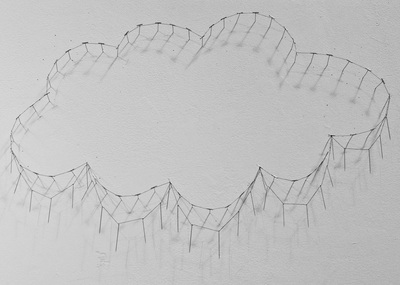 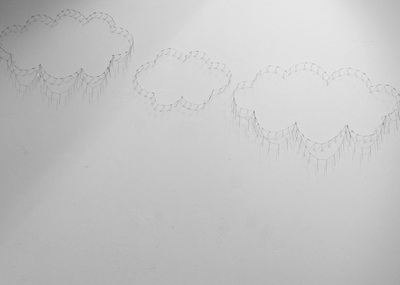 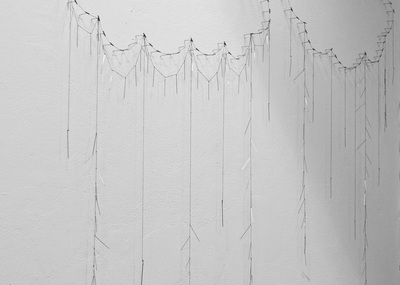 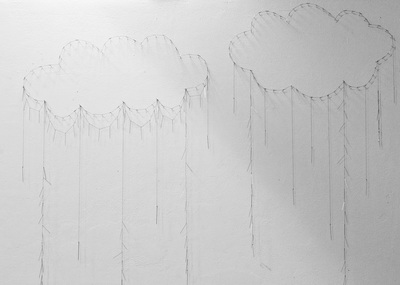 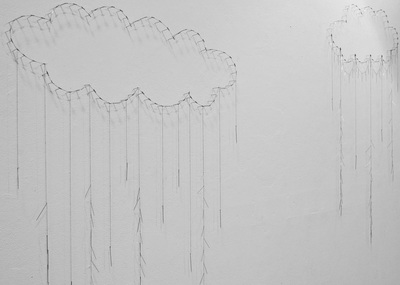